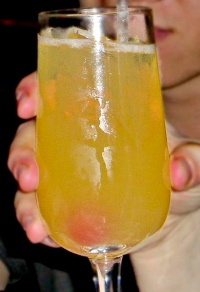 that I'm a fan of Bourbon and Rye, both of which, technically speaking, are Whiskeys. There's an entire family of cocktails called "sours," closely associated with Whiskeys (and with the family of cocktails knowns Collins). They are a very traditional cocktail, so traditional in fact, that they're included in the 1862 book How to Mix Drinks, by Jerry Thomas. A "sour" is a cocktail that contains a base spirit (typically bourbon or another whiskey, but possibly gin, tequila, vodka, or even brandy) a citrus juice (lemon or lime, or orange—hence the "sour") and some form of sweetener—triple sec, simple syrup, grenadine, or pineapple juice are the most common. Technically, a Margarita and a Sidecar are both "Sours." Brandy was initially favored in the mid-1800s for Sours, but by the end of the century Bourbon was the popular spirit. 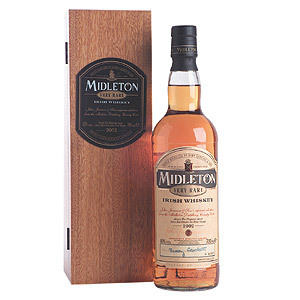 When most people hear the words "Irish Whiskey," they think of Jameson's or Bushmills. That's a start, what they should be thinking about is a pot still. Pot still whiskey, the traditional way of making Irish whiskey, is made from a mix of malted and unmalted barley (the mix details is a distillery trade secret) that's distilled in a pot still. It's a uniquely Irish method of distilling. Irish pure pot still whiskey is a single, unblended small-batch whiskey. The "Pure" indicates that it was produced by using only barley, no other grain, and using a mixture of malted and unmalted barley, and distilled in a pot still. The use of the unmalted or "green" barley gives the pure pot still Irish whiskey a characteristic "peppery" quality that some have compared to the peppery quality of pure American rye. 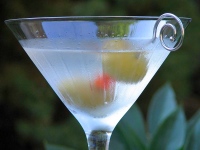 for a couple of years now. I started with the traditional gin and vermouth martini, moved on to variations including the vodka martini and even tried a chocolate martini. So far, I'm really liking the olives and their effect on a martini, and while I very much like a gin and vermouth martini, lately I've enjoyed "dirty" martinis made with vodka and a splash of olive juice. I'm picky about the vodka, though I'm quite enjoying Koenig's Idaho potato vodka.