Never Add Anything to Whiskey, Unless...

Never Add Anything to Whiskey, Unless... 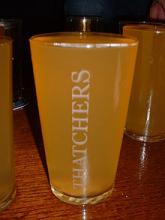 I am completely opposed, on the most serious moral, philosophical and possibly even theological grounds, to mixing anything with whiskey. If you don't really like whiskey, please don't drink it- but don't treat it like some cheap vodka you have to sweeten up with a Coke. Vodka doesn't have any flavor- okay, it has the flavor of medicine- so I can understand tarting it up if you don't have any better options. But whiskey is a lady.

And then there are Johnny Jump Ups. I was corrupted by this amazing little cocktail at a house party this summer. Somebody served me a glass of it with a ladle from a big punch bowl on the kitchen counter. I thought “hey, any port in a storm,” and had a sip. Five minutes later, I was mixing my second one, ten minutes later my third...

You get the picture. Imagine my awestruck chagrin when I found out what I'd been drinking. The fact is, I'm lying here- I knew there was whiskey in it the second I tasted it, I just didn't want to admit how much I liked it. How much I loved it. How much I wanted to drink all the rest of the Johnny Jump Ups and leave the other guests with the eight dollar liter-and-a-half wine bottle I had brought to the party.

A Johnny Jump Up is a shot of whiskey in a glass of hard cider. It's a mixed drink. It's a cocktail. It's whiskey combined with something else. It's a wonderful, terrible heresy. Oh, how far I have fallen!